Each category is separated out more in the manner of the USDF, USEF, and other horse organizations to build more credence for the show awards as each discipline is very much its own. The following rules proposed are much the same as any other show award given by the different horse organizations. This lays the ground work to build a stronger recognition and at some point become a participating organization for a USDF all breeds award along with ICHO’s show awards providing more credence to the registry as a whole and the curly breed.

Use Show Award Application Form for:

Dressage-send in front page of score sheet with score, an average will be taken of al the tests at the end of the show year.  Person needs to have at least 3 tests but can have more.

Endurance- Times and score will be sent in and again an average of all will be taken at the end of the show year.

Driving Dressage-front page of tests sent in and an average will be taken at the end of the year. At least 2 tests need to be done.

After your initial application has been submitted and payment $5.00 per horse per award catagory, you can then send copies of your score sheets thereafter, be sure horses name, ICHO/NACHR# and your name are included.

Type in this form below:

All classes in 4H or All Open Shows- Place in class with points given by ICHO values listed on form, so a higher placing means more points. Similar to what is being done now.

Barrel Racing-Times of each race will be averaged together at the end of the year. At least 3 barrel races need to be done.

Cost for participating in each award area will remain at $5 per horse. Each horse needs to be a registered ICHO horse and Owner needs to be ICHO current member, if rider is not a member, Award goes to ICHO member horse owner.

Type in this form below for all 4H and Open shows:

$250 dollars awarded to an ICHO member adult rider for having attended education clinics/lessons in any discipline on a registered curly horse. The purpose would be to strengthen the rider’s ability to best show the capabilities of a curly horse when competing in open breed competition. Those interested would need to apply by writing a small essay on how receiving this scholarship would help themselves, their horse, the breed as a whole and what have they done thus far to promote or improve themselves and horse in their chosen discipline. Support should be given to those who are not doing specific breed demos or parades but instead those who are competing against other breeds in open competition. Award money to help defray cost of attending these educational clinics/lessons for the year.

1 scholarship will be provided each year and if enough interest shown, fundraising will be done to increase this number.

Many of the riders/owners of the curly horse are adults who have begun showing again or for the first time in their life and are already working with individuals to strengthen their ability. They are not doing breed demos or parades but instead competing in open breed competitions in a specific discipline showing that the curly horse is just as capable as any other breed.   We as owners already know the curly can do well against other Curlies but the general public still does not know or necessarily believe the breed has the ability to compete against all other breeds and do well. This scholarship fund will provide the support needed to move beyond breed demos and parades into the larger horse population stepping up the exposure of the curly horse increasing its sale ability and perception to the general public who are looking for and paying good money for safe capable horses.

Through this scholarship fund the ICHO will be able to show current ICHO members, riding their ICHO registered Curlies, that it is a registry that supports the efforts of its riders and horses in promoting the curly horse against other breeds. It will also be able to demonstrate that it is a forward thinking registry that is working to be as strong as many of the large horse organizations such as the USEF and USDF.
Type in the form below to apply:

Download File
Sunny Martin Young Rider Scholarship
NOTICE TO  All  competitors.
Rider and horse must be registered with ICHO. Get you and your horses recognized for performance and hard work.
Get your show points forms filled out  and mail them into  the ICHO office address: ICHO  HC 31 Box 102A, Williamsburg,NM  87942.
1. Breed Promotion Award--To be Determined by the committee.  Please send in your accomplishments and contributions to Promotion of the Curly Horse to the office. Please use the Breeds Promotion application form below.
2. Sunny Martin Memorial Young Rider Award To the person under 18 with the highest number of participation  winning points or under 21 who has achieved their points in the Sport Horse Arena.
SUNNY MARTIN SCHOLARSHIP AWARD

Curly horses and young riders just seem to belong together. ICHO will
endeavor to try its best to help with that combination. Much hard work
and expense, learning new techniques and improving old ones are part
of the equestrian experience. We would like to enable and encourage
these young riders to feel comfortable and enjoy riding throughout
their adult lives.

Money is essential for the needed lessons to gain excellence in
preferred disciplines and ICHO would like to reward a young rider, and
sometimes two, who have shown great diligence and motivation with a
scholarship of $250 for those chosen. This award may be shared or
given individually to chosen applicants yearly. Winning the Sunny
Martin Young Rider Award would be helpful but not essential.

Eligibility Requirements for this award

Be between the ages of 10 and 18, unless riding as a young rider in
the Sports Horse disciplines, the limit will then extend until the age of 21.

Meet application deadline:
Must be received in the ICHO office by
Oct. 15 for the present year award.

Use the form below for Sunny Martin Award application 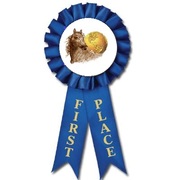